MangOx™ is a high rate, granular filter media used for removing hydrogen sulfide, iron and manganese compounds from water supplies. MangOx™ operates both as a classical filter working with an oxidant and as a catalytic media due to its ability to accelerate the reaction between the oxidizing agent and any prevalent dissolved oxygen with sulfide, iron and manganese present. Dissolved iron, manganese and hydrogen sulfide will stay in solution unless the equilibrium is changed. Iron and manganese that is not oxidized become catalytically precipitated and then adsorbed directly on the media. MangOx™ is a very dense media that stops oxidized (precipitated) forms of iron, manganese and hydrogen sulfide from passing through the bed. Most of the manganous manganese is rapidly removed in the first few inches of the media where it is further oxidized to manganese dioxide.

The media must be properly back washed to break loose and remove the filtered contaminants and precipitated iron, manganese and hydrogen sulfide. System sizing of the control valve and tank are necessary to sustain media performance.

A continuous reaction occurs with the addition of an oxidant, regenerating the media surface and replenishing the MangOx™. For difficult applications, MangOx™ filters can be enhanced with aeration, chlorination, and ozone. Because of MangOx’s™ naturally high manganese dioxide content, it provides a higher adsorption capacity than other media. A MangOx™ filter is recommended before softeners to protect the ion exchange resin from fouling.

MangOx™ operates both as a classical filter working with an oxidant and as a catalytic media due to its ability to accelerate the reaction between the oxidizing agent and any prevalent dissolved oxygen with sulfide, iron and manganese present. No regenerates required, backwash only. Will not remove orange iron, tannins or sulphur bacteria. 60 pound 1/2 cubic foot bag.

Applications:
• Removal of Iron up to 10 ppm
• Removal of Manganese up to 5 ppm
• Removal of Hydrogen Sulfide (rotten egg smell) up to 3 ppm
• Not recommended for Iron Bacteria and Manganese bacteria removal
• Not recommended for tannin and organics removal
Advantages
• Efficient reduction of manganese, iron & hydrogen sulfide
• Will process high flow rates with low pressure drop
• Ability to be utilized with common oxidants including:
– CL2 (gas), – Sodium hypochlorite,
– Potassium Permanganate
• 10 – 30 second reaction time with oxidant additive
• Converts ferrous iron to ferric iron
• Converts H2S to sulphur
• Converts Manganese to MnO2
• Allows for adequate reaction time to permit for the formation of ferric hydroxide
• Allows for physical straining of the ferric hydroxide floc and sulphur until media requires back washing
• Allows for adsorption of MnO
• NSF/ANSI Standard 61-2002 Certified

My cart
Your cart is empty. 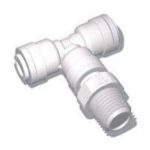 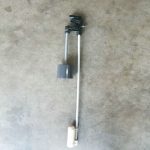 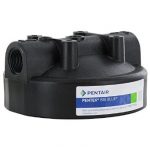 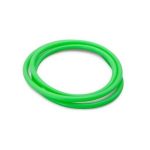